Since relocating to Manchester from Edinburgh, we’ve been chatting to lots of food and drink businesses in the area, one of whom were the lovely folk at Didsbury’s new cook school Food Sorcery. We’d recently upgraded some of our kit and were keen to try it out; Food Sorcery were kind enough to let us use their beautiful new kitchen to film a wee recipe film.

Check out the behind the scenes video below.

I’d wanted to try out a few foodies concepts for a while, and since buying our new Odyssey 7Q+ recorder (pictured below) which allows 4K and raw recording in combination with our Sony FS700 camera, it seemed like a perfect opportunity to carry out some tests. With help from Cal Hallows (DP & Camera Operator), Matt Jeffrey (BTS) and Chef Jan Cron, we aimed to film a short, punchy recipe film, that could also serve as a little promotional film for Food Sorcery’s social media channels. Everybody wins! 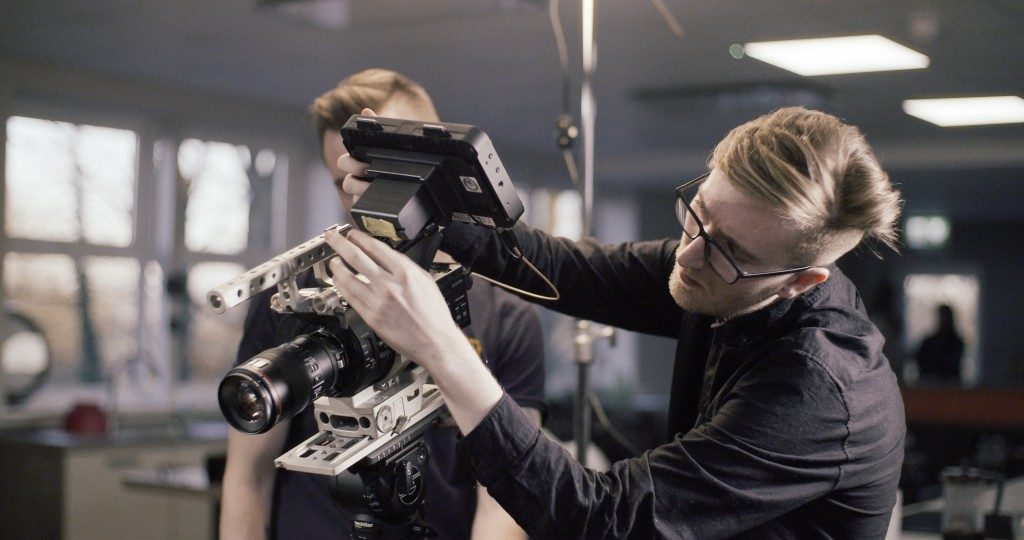 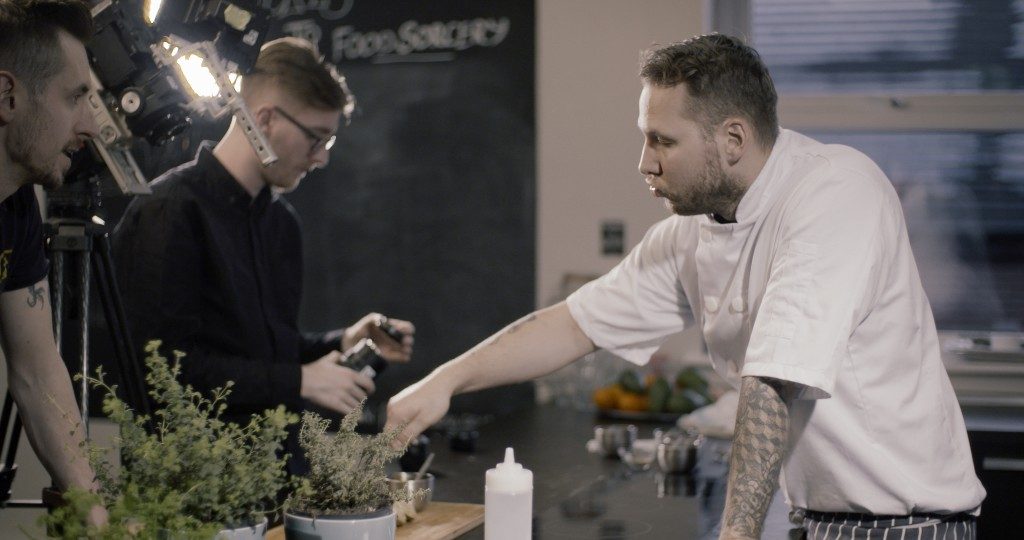 I’d seen a really nice recipe film a few months back (watch it here), and was keen to base our film’s style and tone on it. I liked that on the surface it was very simple and clean, but also had some really nice camera moves and speed ramping in post. I let our friend Chef Jan come up with the recipe we’d feature, and boy did he deliver – tibetan dumplings, aka momos! I wanted to take our time with each stage of the cooking process, and really make the most of the lighting kit Cal had brought with him (a lovely new litepanels astra and a 1K pancake for a really nice ambient glow). After 6.5 hours of shooting we’d managed to capture 12 dumplings being made.

This was the first shoot I’d had hands on experience with the Odyssey recorder, it was nice to get to grips with the functionality and see what it can really do. This was the first project we’d shot and delivered in 4K resolution. We opted for shooting everything at 100fps too – allowing for lots of speed remapping in the edit. The Odyssey can output files at a much higher bitrate than the FS700’s internal AVCHD codec, and even through the monitor we could see this was going to be a game changer for our new foodie films.